Greg Jericho will forever be, in my mind, Grog’s Gamut. If ever I meet the man, I imagine experiencing no small amount of cognitive dissonance between my image of a man with the name of Grog and the head of Ralph Fiennes and the reality of a mild-mannered former public servant and present-day doyen of online political enthusiasts. 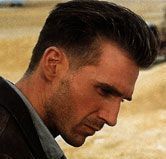 I was lucky enough to stumble across his blog some time in late 2009, after seeing him mentioned quite frequently on Twitter and noticing him bobbing up in the comments of the Pollytics blog. He was that rare commodity in political reporting – someone that would dig through the data and present it, relatively unvarnished, with clear explanation. He didn’t assume that his audience was too dumb to cope with a graph, mainly because he knew his audience was small and interested in these things. It was the essential roughage in my media diet that I really needed.

I engaged with him occasionally via Twitter (under my guide as Things Bogans Like – the fact that I’m relatively ignored on Twitter now that I have about 200 followers instead of 8,000 is a topic for another post), and when I noticed he had a book coming out, I was excited to get my hands on it.

Rise of the Fifth Estate is Mr Gamut’s typically well-researched dissection of the growing importance of blogging and social media in the Australian politico-media complex. His focus on such a niche issue allows him a great deal of latitude to drill down to specifics, such as counting the number of political blogs in the country, and the gender of the authors.

Gamut has always, as a PhD and public servant, been given to dry prose and a certain academic remove in his writing, which serves him well in the short form world of blogging. Given a greater amount of space, however, some of the chapters lack real zing, despite frequently interesting subject matter. When writing a book, his data needs a narrative, it needs a story, with people, for us to connect to it.

Which is why, when he turns his surgical eye to his own ‘outing’ by James Massola and The Australian in 2010, the book becomes a riveting, and eviscerating, tale of how Australia’s traditional media deal with perceived interlopers. There was a personal appeal also, as his tale of how he became a blogger resonated with mine, and his eventual garnering of an audience – and admission that of course he wanted one – gives me stamina to keep shouting into an empty internet.

Were the book to be boiled down to one overarching theme it would be ‘Journalists: new media is a thing. Deal with it. But I doubt you can.’

Having viewed Gamut’s ‘unmasking’ via Twitter, The Australian and various blogs and news sites at the time, it was sobering to be reminded of the viciousness and sheer vapid pointlessness of the traditional media’s refusal to deal with reality (and yes, I’m using ‘traditional media’ as a catch-all, generic label. I realise that there are many journalists who do not behave in this way, but allow me some license).

Throughout the book, Gamut offers example after example of journalists refusing to countenance criticism from bloggers and social media purely due to the medium, or efforts by journalists to validate their poor coverage of, for instance, the 2010 election campaign. Indeed, it was this excellent post in July 2010 that kicked off the entire fracas.

Here’s a note to all the news directors around the country: Do you want to save some money? Well then bring home your journalists following Tony Abbott and Julia Gillard, because they are not doing anything of any worth except having a round-the-country twitter and booze  tour.

It is a sad thing to say but we could lose 95 percent of the journalists following both leaders and the nation would be none the poorer for it. In fact we would probably be better off because it would leave the 5 percent who have some intelligence and are not there to run their own narrative a chance to ask some decent questions of the leaders. Some questions which might actually reveal who would be the better leader of this country.

The response by senior journalists, such as Samantha Maiden, revolved around variations of ‘what would you know you’re just a blogger’. Gamut succinctly sums up the criticism as ‘just let the professionals do their job’, a phrase actually used by Matthew Franklin in response to Gamut’s criticisms on Twitter. The stunning arrogance and ignorance of that kind of statement sets the blood a-boiling.

And this is, to me, the takeaway message of Gamut’s book. If the ‘professionals’ give us this and this, while these ‘amateurs’ can provide analysis like this and this, the question needs asking: what the hell are we paying these professionals for? Why on earth would anyone fork out actual dollars to get news of the PM’s ears from our august ‘national broadsheet’? News organisations are at a loss as to how to appeal to readers and sell advertising (or make money in any possible way), and are resorting to anything they can, while attempting to maintain the moral high ground, and it offers us nothing.

Today, ‘news’ is a commodity with low to non-existent margins. It’s right there on Twitter, or ABC24, which can deliver events unedited and in real time. The value is in explanation, detail, analysis and, yes, opinion. Right now, the best of that is free, it’s online and, yes, it’s amateur. The sooner the ‘professionals’ realise that, the better off we’ll all be.