So today has featured further deaths in Afghanistan, more sinking boats of desperate refugees (despite new policies ‘stopping’ them), the Tassie House of Assembly passed a gay marriage bill, an Australian television host apparently attempting suicide on the back of relentless Twitter abuse, and News Limited – in a genius move – asking for the public unmasking of trolls like that won’t simply lead to more online abuse.

I would like to write about none of these things. I would rather speak about this. In the interests of keeping your blood pressure down, allow me to summarise with the killer quote from regular favourite Gina Rinehart:

“If you’re jealous of those with more money, don’t just sit there and complain. Do something to make more money yourself – spend less time drinking or smoking and socialising, and more time working.

“Become one of those people who work hard, invest and build, and at the same time create employment and opportunities for others.”

Yes. That’s what she said. A woman who inherited half the Pilbara, came into that inheritance (via litigation) at the start of a once-in-a-lifetime (or more) boom in iron ore prices, and then subcontracted various companies to do the actual digging in joint ventures. There is probably no-one in Australia, dollar-for-dollar, that has worked less for their fortune. David Paris probably said it best:

Yet there she was, in a mining industry magazine, suggesting that those who were not as wealthy as her were simply lazy. Oh, and also called for a reduction in the national minimum wage. But there’s really not much point getting stuck into her too much. Either her comments outrage you plenty without my help, or you’re an idiot. Low hanging fruit and all.

But her comments are, I feel, reflective of a larger trend. Rinehart’s political opinions are widely known today. She is not alone. Many of the ‘conservative’ movement’s most staunch supporters tend to be at least modestly wealthy, yet have absolutely no interest in a government that is involved in supporting those less fortunate. The easy explanation for this is that they have money and are simply unwilling to part with more of it than necessary. But this is simplistic. Conservative voters tend to donate at least equal proportions of their income to charity than those who vote Green or ALP, for instance. 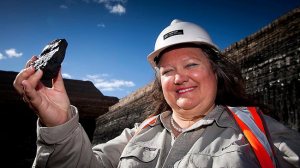 No, this position comes from somewhere even more insidious, somewhere more egotistical. Rinehart’s opinion is not unique – Australia is replete with those who have been the beneficiary of varying types and degrees of luck, yet finding themselves successful and comfortable adults, chalk up all of their success to their own hard work and talent. This ignorance and self-regard has simply been best demonstrated by Rinehart’s incredibly tone-deaf ramblings.

It could be the family scion whose father founded a successful company, hence always had a job available, then ascended to CEO or GM. It could be the kid born into privilege who is sent to the best schools, has parents who can afford to spend time with them, and knows other kids with equally happy households. It may be the boy born into a comfortable, white family in a comfortable white neighbourhood, never having to deal with the obstacles that foreigners, women and other less fortunate groups deal with every day. It could be the woman born into the family that owns the bulk of Western Australia.

Peter Costello was born into a comfortable family, and was educated at Carey Grammar, Tony Abbott went to St Ignatius (for an understanding of how much money these schools have, here are two examples: Carey and St Ignatius)

These people no doubt work hard. Certainly Abbott’s work ethic is legendary. The scion CEO, of course, had to demonstrate extreme competence for the board to appoint him. Gina had to litigate the shit out her family to get her gig.

But so does Hamid, the Afghan refugee who works 11 hour days, Monday to Saturday at his grocery in Coburg, busting his arse to score an income of about $40,000, hoping that perhaps he can get his kid into a better school than the chronically underfunded, increasingly ghettoised local public school.

What people like Rinehart seem to fail to understand is that luck is part of the deal. Where you are born, how you are born, what colour your parents are, how much money they have, how loving they are, these things are all out of the control of the child, yet they are absolutely crucial in determining their likelihood of success. The hardscrabble, pulled-up-by-the-bootstraps story of rags-to-riches is the exception, not the rule. Increasingly in Australia, wealth is inherited, literally or figuratively,not earned.

People like Rinehart and her ilk would do well to consider that.

Error: Twitter did not respond. Please wait a few minutes and refresh this page.